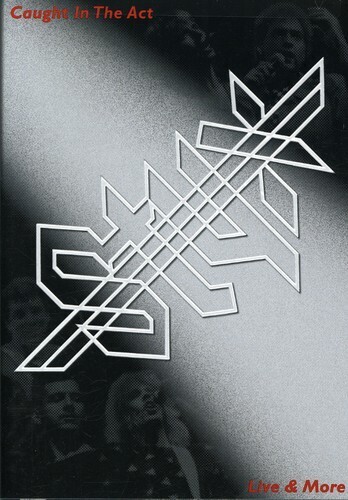 Styx- Caught In The Act DVD

Multi-platinum album selling legends Styx dig deep into their rock arsenal and release on DVD for the first time their concert video Caught in the Act. Recorded during their Kilroy Was Here tour in 1983, this concert video centers around this concept album's theme of a futuristic society where rock 'n' roll is banned by the masses. Remastered in 5.1 surround, experience the band's classic hits at the height of their career like Mr. Roboto and Don't Let It End, as well as their concert staples like Come Sail Away, Blue Collar Man and Too Much Time on My Hands. As an extra bonus, the Styx video archive has been included featuring their four pre-MTV music videos for Babe, Borrowed Time, Boat on the River (all from 1979) and Come Sail Away (from 1977). Also included are all of their music videos from the concept album Kilroy Was Here including Heavy Metal Poisoning, Don't Let It End, Haven't We Been Here Before and Mr. Roboto, along with four more music videos making this the ultimate Styx fans dream come true DVD collection.