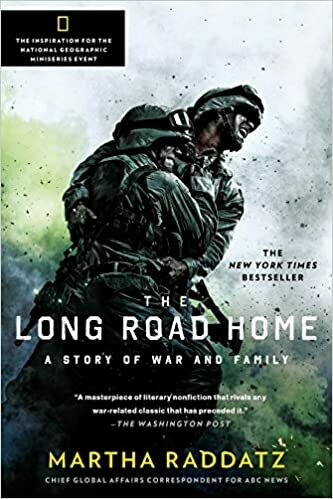 ABC News’ Chief Global Affairs Correspondent Martha Raddatz shares remarkable tales of heroism, hope, and heartbreak in her account of “Black Sunday”—a battle during one of the deadliest periods of the Iraq war.

The First Cavalry Division came under surprise attack in Sadr City on Sunday, April 4, 2004. More than seven thousand miles away, their families awaited the news for forty-eight hellish hours—expecting the worst. In this powerful, unflinching account, Martha Raddatz takes readers from the streets of Baghdad to the home front and tells the story of that horrific day through the eyes of the courageous American men and women who lived it.

“A masterpiece of literary nonfiction that rivals any war-related classic that has preceded it.”—The Washington Post