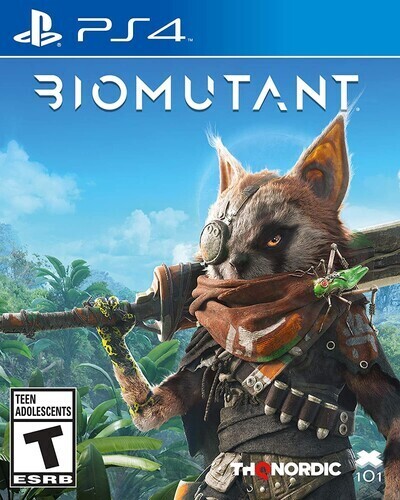 BIOMUTANT is a post-apocalyptic open-world ARPG that delivers real-time melee, shooter and mutant ability action. Replay ability is enhanced by a varied and deep character progression system, exploration of a systematically generated surface world and underworld by foot, mech, air-balloon, jet ski and much more. Biomutant also features a fully customizable (MMO style) character and mutation system, bionics and creative item crafting, plus an interactive narrative featuring a contextual storyteller where the players creates their own story of survival in a vibrant colourful world.