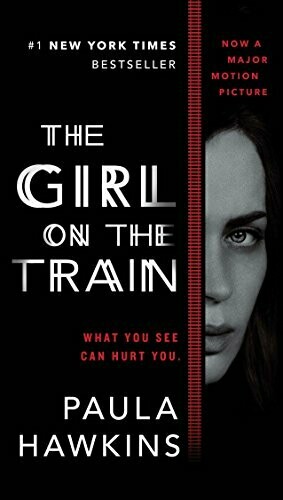 Hawkins, Pauls- Girl on the Train


The debut psychological thriller that will forever change the way you look at other people's lives, from the author of Into the Water.

“Nothing is more addicting than The Girl on the Train.”—Vanity Fair

“The Girl on the Train has more fun with unreliable narration than any chiller since Gone Girl. . . . [It] is liable to draw a large, bedazzled readership.”—The New York Times

“Marries movie noir with novelistic trickery. . . hang on tight. You'll be surprised by what horrors lurk around the bend.”—USA Today

“Like its train, the story blasts through the stagnation of these lives in suburban London and the reader cannot help but turn pages.”—The Boston Globe

EVERY DAY THE SAME
Rachel takes the same commuter train every morning and night. Every day she rattles down the track, flashes past a stretch of cozy suburban homes, and stops at the signal that allows her to daily watch the same couple breakfasting on their deck. She's even started to feel like she knows them. Jess and Jason, she calls them. Their life--as she sees it--is perfect. Not unlike the life she recently lost.

UNTIL TODAY
And then she sees something shocking. It's only a minute until the train moves on, but it's enough. Now everything's changed. Unable to keep it to herself, Rachel goes to the police. But is she really as unreliable as they say? Soon she is deeply entangled not only in the investigation but in the lives of everyone involved. Has she done more harm than good?

An Amazon Best Book of the Month, January 2015: Intersecting, overlapping, not-quite-what-they-seem lives. Jealousies and betrayals and wounded hearts. A haunting unease that clutches and won’t let go. All this and more helps propel Paula Hawkins’s addictive debut into a new stratum of the psychological thriller genre. At times, I couldn’t help but think: Hitchcockian. From the opening line, the reader knows what they’re in for: “She’s buried beneath a silver birch tree, down towards the old train tracks...” But Hawkins teases out the mystery with a veteran’s finesse. The “girl on the train” is Rachel, who commutes into London and back each day, rolling past the backyard of a happy-looking couple she names Jess and Jason. Then one day Rachel sees “Jess” kissing another man. The day after that, Jess goes missing. The story is told from three character’s not-to-be-trusted perspectives: Rachel, who mourns the loss of her former life with the help of canned gin and tonics; Megan (aka Jess); and Anna, Rachel’s ex-husband’s wife, who happens to be Jess/Megan’s neighbor. Rachel’s voyeuristic yearning for the seemingly idyllic life of Jess and Jason lures her closer and closer to the investigation into Jess/Megan’s disappearance, and closer to a deeper understanding of who she really is. And who she isn’t. This is a book to be devoured. -Neal Thompson