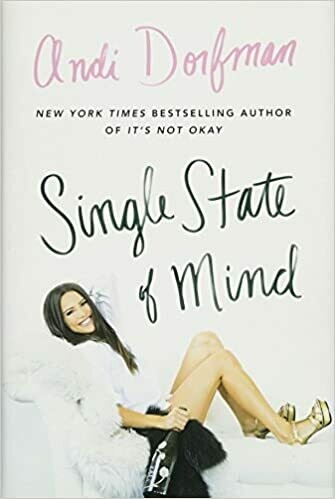 Andi Dorfman, breakout star of ABC’s The Bachelorette and New York Times bestselling author of It’s Not Okay, returns with this new collection of her adventures as a still-single gal surviving and thriving in New York City.

Sharing moments like finding her first New York apartment (the front door broke so she had to use the fire escape), her first dates on “celebrity Tinder” and finally, watching her ex-fiancé propose to another woman on Bachelor in Paradise, Andi Dorfman doesn’t shy away from pulling back the curtain on the life of a reality star who’s returned to reality.

Dorfman’s supremely relatable personality has inspired incredible devotion from her fans, who follow her every move on social media. Filled with a mix of romantic mishaps, city adventures, and, of course, plenty of insider Bachelor details, Andi’s new book is Sex and the City for the reality TV generation.