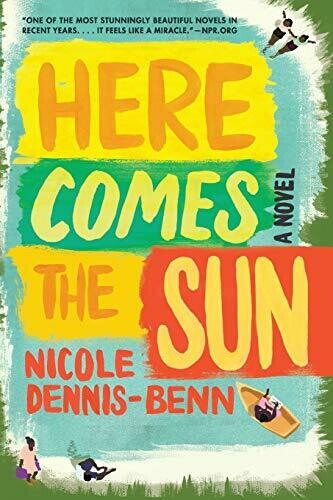 A New York Times Notable Book of the Year
Winner of the LAMBDA Literary Award for Lesbian Fiction
Named a Best Book of 2016 by NPR, Entertainment Weekly, Buzzfeed, Bustle, San Francisco Chronicle, The Root, BookRiot, Kirkus Reviews, NYLON, Amazon, WBUR's "On Point", the Barnes & Noble Review, and Amazon (Fiction & Literature)
Finalist for the NYPL Young Lions Fiction Award and the Center for Fiction's First Novel Prize
Selected for the Grand Prix Litteraire of the Association of Caribbean Writers
Longlisted for the ALA Over the Rainbow Award
Longlisted for the Dublin Literary Award

In this radiant, highly anticipated debut, a cast of unforgettable women battle for independence while a maelstrom of change threatens their Jamaican village.

Capturing the distinct rhythms of Jamaican life and dialect, Nicole Dennis- Benn pens a tender hymn to a world hidden among pristine beaches and the wide expanse of turquoise seas. At an opulent resort in Montego Bay, Margot hustles to send her younger sister, Thandi, to school. Taught as a girl to trade her sexuality for survival, Margot is ruthlessly determined to shield Thandi from the same fate. When plans for a new hotel threaten their village, Margot sees not only an opportunity for her own financial independence but also perhaps a chance to admit a shocking secret: her forbidden love for another woman. As they face the impending destruction of their community, each woman―fighting to balance the burdens she shoulders with the freedom she craves―must confront long-hidden scars. From a much-heralded new writer, Here Comes the Sun offers a dramatic glimpse into a vibrant, passionate world most outsiders see simply as paradise. Review:

An Amazon Best Book of July 2016: Here Comes the Sun is a brilliant, gut-punch of a debut novel. Set on the white sand beaches, resorts and shacks of Jamaica, Nicole Dennis-Benn tells the story of four Jamaican women as they struggle to find their independence amidst the sprawling resorts that both provide and threaten their livelihood. Margot is brash and brawny. She works at a hotel, hustling to ensure the guests are attended to—in all manners of speaking. Her younger sister, Thandi. struggles with her identity as a black woman in a school full of white wealthy students. Their mother, Delores, is as unforgiving as she is brutal and her decisions will break your heart, as they did her daughter’s. And then there’s Verdene, a smart ostracized gay woman who is vilified for her sexuality. I fell hard for these characters – for their defiance and vulnerability, for their grit and morally ambiguous choices – and for the island-life that Nicole Dennis-Benn has captured. You can almost feel the hot stick of the sun while reading, the sweat of work and the incongruities of wealth and power, sexuality and love. Here Comes the Sun is a bright story about the dark side of tourism, sex and relationships, of getting ahead...And you will tan from its rays. --Al Woodworth, The Amazon Book Review