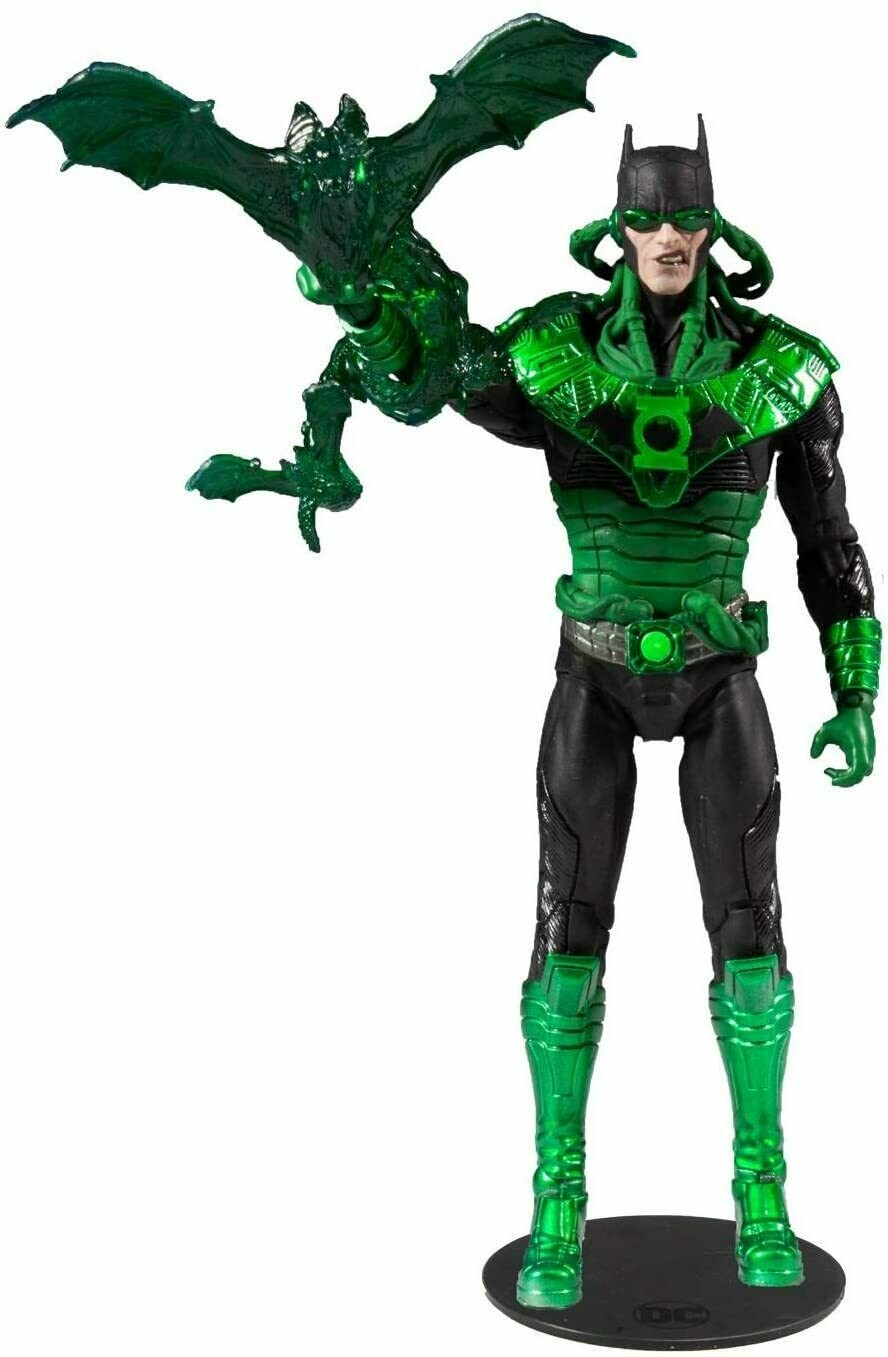 In DC’s Dark Multiverse, on Earth -32, the green light of will has twisted an angry Bruce Wayne™ into something very dark and sinister. After the murder of his parents in Crime Alley, young Bruce is gifted with a Green Lantern™ ring, which allows him to fly and to generate deadly hard-light energy constructs. With no Alfred Pennyworth™ to guide him, he soon swallows his fear and pain and lets the void that remains corrupt him and the ring, unleashing a wave of darkness across his world, and now ours, as The Dawnbreaker™.