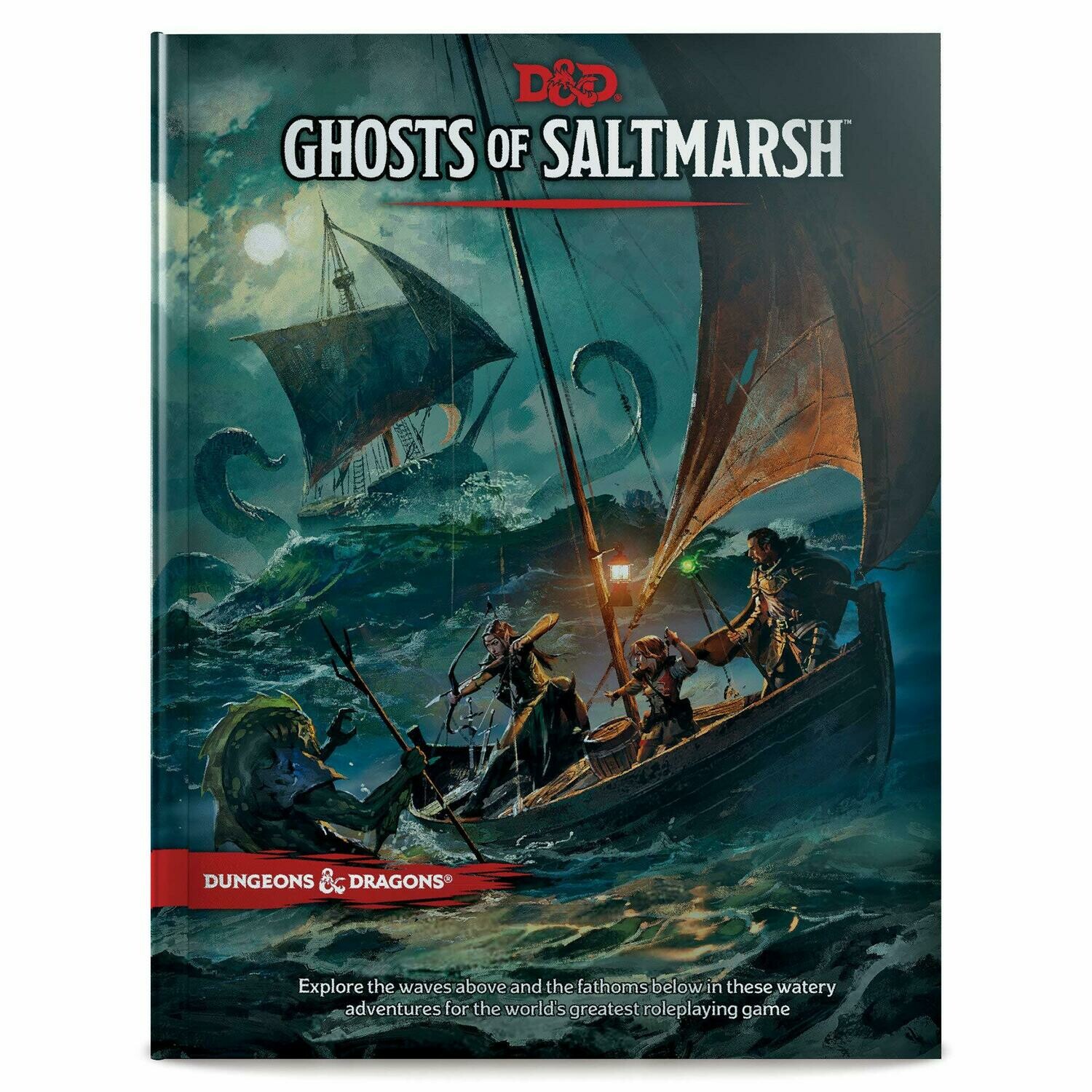 Explore the waves above and the fathoms below in these watery adventures for the world’s greatest roleplaying game.

“D&D acolytes are everywhere…Tech workers from Silicon Valley to Brooklyn have long-running campaigns, and the showrunners and the novelist behind ‘Game of Thrones’ have all been Dungeon Masters.”—Neima Jahromi, The New Yorker

Ghosts of Saltmarsh brings classic adventures into fifth edition Dungeons & Dragons. This adventure book combines some of the most popular classic adventures from the first edition of Dungeons & Dragons including the classic “U” series, plus some of the best nautical adventures from the history of Dungeon Magazine: Sinister Secret of Saltmarsh, Danger at Dunwater, Salvage Operation, Isle of the Abbey, The Final Enemy, Tammeraut’s Fate, The Styes.

Series Overview: The leader in providing contemporary fantasy entertainment, Dungeons & Dragons is the wellspring for the entire modern game industry, digital as well as tabletop. Fifth edition D&D draws from every prior edition to create a universally compelling play experience, and exemplifies the true spirit of a game that holds captive the hearts and minds of millions of players worldwide.