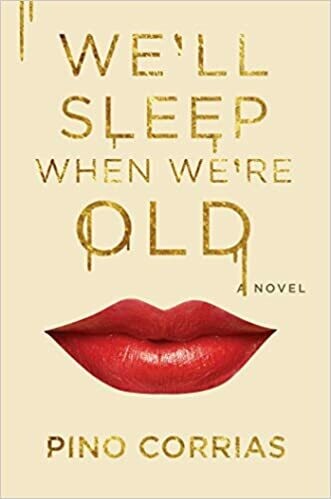 Like Fellini’s classic film 8½ and mixed with Elmore Leonard's Get Shorty, a gorgeously wrought novel that explores the complicated life of a controversial Italian film producer who vanishes after a fire destroys his home.

Rome, present day: an extravagant, opulent world of fashionable parties, fancy cars, and powerful men and women in a constant dance of excess and intrigue. Oscar Martello, president of a film production company, is a self-made man: despite his humble origins, he has managed to achieve unbelievable fame and success. He is also a cutthroat and ruthless visionary. Andrea Serrano, his best friend, is a scriptwriter who explores the themes of love and murder in his work. The beautiful actress Jacaranda Rizzi, Oscar’s muse, has a secret that has been tormenting her for many years. Pulsing with ambition, all three represent the apex of Rome’s complex and privileged network of glamorous yet troubled aristocrats.

When a fire devastates Oscar’s villa in one of the city’s most fashionable neighborhoods and he goes missing, all of Rome is left to wonder about his fate. The evidence points to Jacaranda, but could she have orchestrated something so sinister? More important, could she have done it alone, or has Andrea played some role in the debacle?

In this archly funny, immersive, and gripping novel, Pino Corrias does for Rome what Elena Ferrante did for Naples, delivering a powerful story about the high stakes world of entertainment in today’s Rome, where celebrity rules all and the grande bellezza of a more gracious age has given way to something much darker.