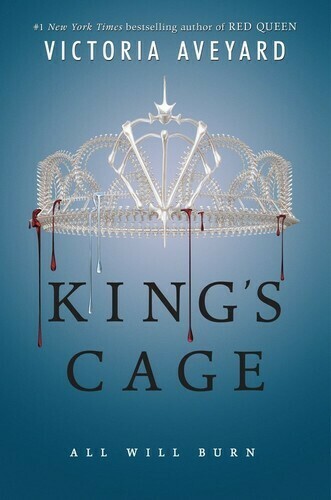 In this third installment, Mare must win a psychological cat-and-mouse game against her captor and most hated enemy, King Maven. As Maven slowly loses his grip on reality, his hold on Mare only strengthens, as he forces her into an impossible choice between her life and the fate of the growing revolution.

Victoria Aveyard was born and raised in East Longmeadow, Massachusetts, a small town known only for the worst traffic rotary in the continental United States. She moved to Los Angeles to earn a BFA in screenwriting at the University of Southern California. She currently splits her time between the East and West Coast. As an author and screenwriter, she uses career as an excuse to read too many books and watch too many movies. You can visit her online at www.victoriaaveyard.com.