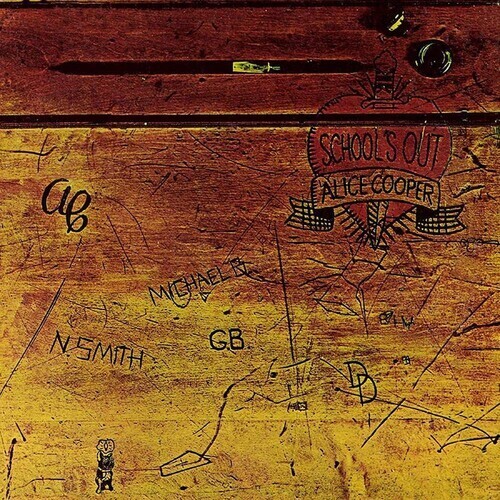 DESCRIPTION:
Alice Cooper's School's Out, his 5th studio album, is celebrating its 48th anniversary this year!

School's Out is one of Alice Cooper's most celebrated studio albums, largely due to the success of its title track, which spent three weeks at the top of the UK singles charts! This brilliantly arranged pseudo-concept album melds hard rock and vaudeville with a decidedly raw punk sound.

Aside from the anthem title track, the album contains equally strong album tracks like "Public Animal #9", "My Stars" and "Alma Mater". This multi-platinum effort also has been one of the most influential hard rock recordings of its time, and one of the biggest albums of Cooper's amazing career